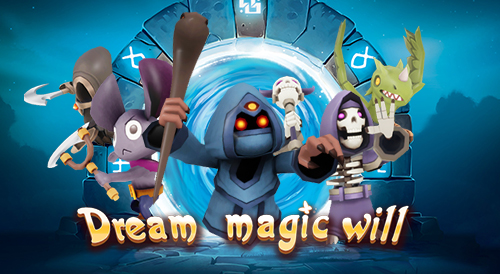 In a magical forest, animals began to occupy the territory of other animals for unknown reasons. In order to find out the truth, a team guarding the forest was born!

Build a guard force to prevent enemy invasion and explore the truth of the forest!

This is a magic strategy tower defense exploration game. You need to explore the big map and collect all kinds of cards, heroes and magic to fight. There are many levels in the game. With the deepening of the levels, the difficulty will be higher and higher. In the level battle, the enemy will launch attacks one after another. You need to carry out strategic array to resist all the enemy's attacks and win.

Buy
Dream magic will
Buy
K?
Two ways to open the game:
1. Open the game from the installation folder